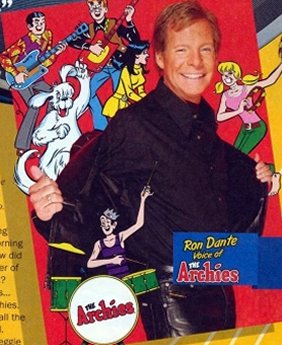 Pop music fans know Ron Dante as the man who sang lead and was all the background voices for the group The Archies hit song Sugar Sugar. This hit single topped the top 40 charts for weeks and was voted “Song of the Year’ in 1969 in an era dominated by the Beatles, the Rolling Stones and hard rock.

Anyone who has ever turned on a radio or TV has heard Ron’s voice. It’s Dante’s voice you hear singing You Deserve A Break Today for McDonalds. His voice was heard in spots for Coca Cola, American Airlines, Budweiser, and Dr. Pepper were all Ron’s voice. In the seventies and eighties Ron Dante worked as a producer for Barry Manilow, Cher, Dionne Warwick, Pat Benatar, Ray Charles, and John Denver.

He was the driving force behind Barry Manilow’s greatest successes. Their collaboration spawned one hit after another. Ron Dante has produced songs that have become landmarks on the pop music scene including Mandy, I Write the Songs, the Grammy winning Copacabana, and Could It Be Magic?