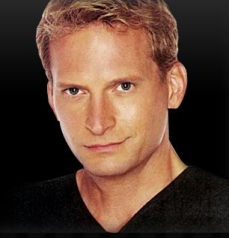 Rex Smith is a multi-talented performer whose natural singing ability has led him to a successful career as a singer and actor. A veteran of stage and screen, Rex started his career as a “teen idol” heartthrob with the platinum album hit “You Take My Breath Away.” Other albums included “Rex”, “Where Do We Go From Here”, “Sooner Or Later”, “Forever”, “Camouflage”, and most recently, “Simply…Rex”.

Turning to Broadway at the height of his popularity, Rex made his Broadway debut as Danny Zuko in the original production of “Grease.” He captivated both critics and audiences, and received the Theater World Award for his memorable portrayal of Frederick in “The Pirates of Penzance” on Broadway. Other starring roles on Broadway include “Grand Hotel”, “Sunset Boulevard”, “The Scarlet Pimpernel”, “Annie Get Your Gun”, and “Kiss Me Kate”.

Rex is an enthusiastic entertainer who never lacks for energy. In between Broadway shows, he expanded his career to encompass TV shows and feature films. Rex hosted “Solid Gold”, starred in the series “Street Hawk”, and became a household name on the popular CBS daytime drama “As The World Turns”. He was featured in Danielle Steele’s “Once In A Lifetime”, “Passion To Kill”, and “Ballerina And The Blues”. Rex has guest starred on numerous prime time television and movies including “Daredevil”, “The Sentinel”, “JAG”, “Baywatch”, “Caroline In The City”, “Just Cause”, “Pope Dreams”, and John Schneider’s “Collier & Co.”

Rex Smith has been Celebrity Host, Corporate Spokesperson and Entertainer for events ranging from Time-Life Inc., HBO, Avon Corp., Time Magazine, among many others. He continues to support artistic education and participate in community theaters and schools across the country, including the Concert Company Theater’s, “An Evening with Rex Smith,” the Bellflower Theater, the Hoogland Center for the Arts, and the Carpenter Theater for the Performing Arts, as the Pirate King in “Pirates of Penzance.”

Rex is unique because few entertainers have covered every aspect of show business. Referring to himself as a “Stand-Up Vocalist”, Rex blends tales of his career with the music that made him famous. His on-stage presence radiates his gregarious nature and bright sense of humor. Rex’s distinctively charismatic personality captivates and enthralls his audience.