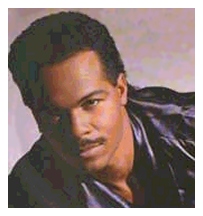 While he is perhaps best known for the No. 1 smash hit “Ghostbusters”, Ray Parker, Jr. has enjoyed quite a versatile career, not only as a much sought-after guitarist, but with a number of other hits to his credit, as a performer, songwriter and producer.

Born May 1, 1954, in Detroit, MI, Ray started out as a session guitarist, while still in high school, playing on sessions recorded for the legendary Holland Dozier Holland labels, Hot Wax and Invictus, whose roster included Freda Payne, Honey Cone, Chairman of the Board, 100 Proof Aged in Soul, Laura Lee, and 8th Wonder. He’d also play behind the Temptations, Stevie Wonder, the Spinners, Gladys Knight and the Pips, and other Motown luminaries when they appeared at the Twenty Grand Club. In 1972, Stevie Wonder called 18 year old Ray Parker to ask him to play behind him on a tour he was doing with the Rolling Stones. Ray thought it was a crank call and hung up the phone. Stevie Wonder called back and convinced Parker that he was the real deal by singing “Superstition” to him! During the next 2 years, Ray Parker played on Stevie Wonder’s albums, Talking Book andInnervisions.

Deciding to become a recording artist, Parker got a deal with Arista Records in 1977. Not yet totally confident on his singing ability, Ray put together a band that included vocalist Arnell Carmichael, bassist/singer Jerry Knight (who later had his own solo hit with “Overnight Sensation” and as half of Ollie & Jerry and co-produced hits by the Jets), guitarist Charles Fearing, Larry Tolbert, and Darren Carmichael. However, on record, Parker played most, if not all of the instruments.

The “Ghostbusters” music video is one of the funniest and star-studded videos ever made (breakdancing Bill Murray style). “Ghostbusters” held the No. 1 R&B spot for 2 weeks and was No. 1 for 3 weeks on Billboard’s pop charts in Summer 1984.