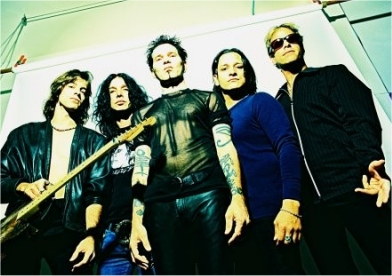 Signed to Atlantic Records in 1984, RATT’s debut album “Out of the Cellar” went over 3x Platinum in 1984 behind the hit single “Round & Round”, “Back for More” and “Wanted Man”. RATT toured with Billy Squire and Ozzy Osbourne before going on to headline their own arena tours around the globe. World infestation had begun. The band has sold in excess of 15 million records in the US alone. Their first four records went Platinum plus.

RATT released two records, Collage in 1997 and RATT 1999 before “Infestation” in 2010. In 2013 Rhino/Warner Music Group released RATT “Original Album Series, a five album box set with the albums “Out of the Cellar’ thru “Detonator” for the rabid RATT fans to have something to sink their teeth into.

“Our music is like it was in the beginning,” Stephen Pearcy says. “We’re gonna celebrate 30 years later in 2014, with a new record and world tour keeping Ratt N’ Roll alive.”

“When we play concerts now, such a new generation. We’re seeing kids of people who grew up with us, but the reaction is the same,” adds Warren DeMartini. “It doesn’t seem to matter where we are in the world.”