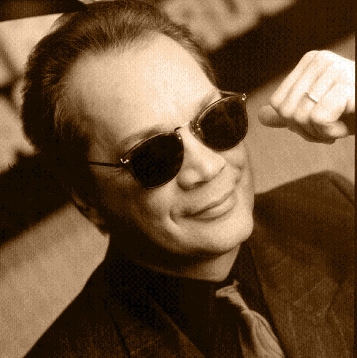 High octane, turbo, high performance, super-charged – MITCH RYDER & The Detroit Wheels didn’t need to hail from the Motor City for those adjectives to be tossed their way, but it was certainly appropriate that they called Motown home. It was Mitch and The Wheels who served as the musical bridge between the Motown soul factory and the high energy, take no prisoners rock ‘n’ roll that would roar out of Detroit via Iggy & The Stooges, MC5, Ted Nugent and Bob Seger.

The explosive quality was there from the very start. Listen to the way the chords introducing Jenny Take A Ride are chomping at the bit to swoop down into the double-time mid-section, or how John Badanjek’s thundering bass drum trigger’s the ecstatic roll that kicks off Devil With A Blue Dress On. The Wheels must have known what they had.  Witness the confidence -even cockiness- of telegraphing their punch forever on Little Latin Lupe Lu, building expectations to fever pitch before hammering down the riff with Jim McCarty’s lead lick trailing behind. And nailing it big time. One punch, KO, Mike Tyson-style.

The records worked because they perfectly captured the kinetic frenzy of the live performances that had been the group’s stock in trade since they first joined forces in Detroit early in 1964.

What followed was a wild two-year ride through the starmaking machinery of the record industry that brought them fame but no fortune and tore the group apart in the process. Late in 1965, Jenny Take A Ride climbed to #10 as The Wheels welded Chuck Willis’ “C.C. Rider” to Little Richard’s “Jenny, Jenny”, and cannily tossed in an advertisement for their live show along the way (check how the backing vocals change to “See Mitch Ryder” during the second verse). Little Latin Lupe Lu cemented their commercial appeal when it reached #17 and set the general outline of the band’s most popular sound- an R&B standard or two revved up, Wheels-style, with Mitch’s peerless soul shouting ripping away over the top.

Late in 1966, the Devil With A Blue Dress On and Good Golly Miss Molly medleys exploded over the airwaves and indelibly stamped the high energy Mitch Ryder & The Detroit Wheels sound on anyone within an earshot as they hit #4 on the charts.

Early in 1967, prototypical, riff-rockin Sock It To Me Baby! became Ryder’s final Top 10 single, despite being banned on several stations for being too sexually suggestive. The brassy Too Many Fishes In The Sea and Three Little Fishes medley was the final chart entry (at #24) for Mitch Ryder & The Detroit Wheels.

Ryder’s career then took several detours and he left the active performing scene after 1971, honing his songwriting skills at night. Returning to Detroit, he formed a band and released the confessional, autobiographical How I Spent My Vacation and then Naked But Not Dead on his own Seeds and Stems label. That helped trigger a resurgence of European interest in Ryder and he released several additional albums in the early ’80s on the German Line label.

He came back to a major American label for the John Cougar Mellencamp – producedNever Kick A Sleeping Dog in 1983, highlighted by a world weary, gritty version of Prince’s When You Were Mine that cut the original and all others to shreds. Currently enjoying another surge in European popularity, Mitch has released two more LPs for Line, Red Blood, White Mink and In The China Shop.

No one, but no one, ever kicked out the rockin’ R&B jams better than Mitch Ryder & The Detroit Wheels.