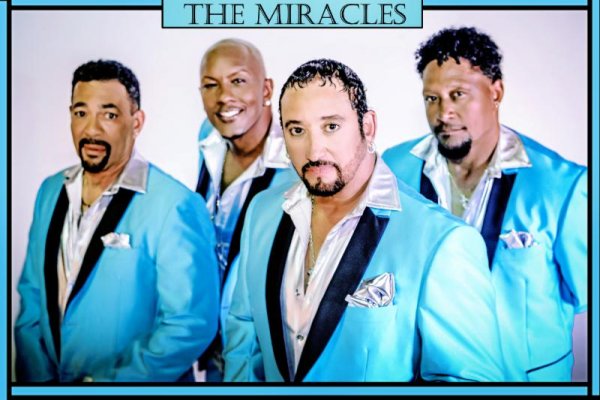 Say the word “Miracles” and all kinds of images from the golden era of the Motown Record Corporation comes to mind. The Miracles were the first Motown group to break through bringing Berry Gordy’s fledgling Detroit record company its first gold record for selling a million copies. The song was “Shop Around” and the year was 1960. The group turned out an amazing number of hits from that time to 1972 when lead singer Smokey Robinson opted for a solo career.

Through various evolutions, in 1994, Bobby Rogers and Claudette Robinson reunited the Miracles with Sydney Justin, whose style is reminiscent of a cross between Smokey Robinson & Marvin Gaye, as lead singer. The Miracles’ line up today includes: Sydney Justin, Kerry Justin,(Sydney’s brother and former Seattle Seahawks defensive back) Cordell Conway, and Eric Swindell. With great harmonies and stunning choreography, the Miracles featuring Sydney Justin have made many appearances on national TV and in Las Vegas casinos. They have toured throughout Europe with the United States Air Force Orchestra and performed at many corporate functions in the USAs and abroad.

Claudette Robinson & Smokey Robinson are coming out with a Documentary in 2019 on the history of The Miracles. Claudette being the first lady of Motown, Barry Gordy, Smokey and many other Motown artists will also be featured in the film. It will Air throughout many networks and be presented at the Cannes Film Festival where The Miracles, featuring their lead singer for the past 20 years, Sydney Justin will perform.

The Miracles will be releasing a new CD/Album 2019 as well. WATCH BELOW!

The Miracles are still attracting fans around the world with some of the greatest songs ever written.

AND THE HITS DONT STOP “Shop Around” , “I Second that Emotion”, “The Tears of a Clown”, “Love Machine” and “You’ve Really Got a Hold on Me”.