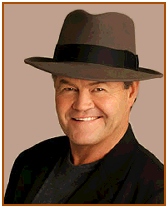 After selling more than 65 million records worldwide as the star of THE MONKEES TV show, Micky Dolenz has continued to make his mark in other areas of the entertainment business, through his varied career as an actor, director, writer, producer and performer. Micky was born in Los Angeles on March 8, 1948. His dad, George, had starred in a number of films and in the mid 1950s in the television series “The Count of Monte Cristo.” Micky first established himself as a performer at age 10 when, under the stage name of Micky Braddock, he starred in his first TV series, “Circus Boy,” which aired on NBC from 1956-1958. In his teens, Micky guest-starred on a number of television shows and also learned to play guitar. “I was singing hard rock including songs by the Rolling Stones and the Animals,” he says. “In fact, I auditioned for THE MONKEES singing Chuck Berry’s Johnny B. Goode.”

The Monkees audition took place in autumn 1965. Micky was one of four actors chosen out of 400 applicants who responded to a trade ad announcing auditions for a new TV show about a rock ‘n roll band. The Monkees debut single, “Last Train to Clarksville,” featured Micky on lead vocals, hit the charts September 10, 1966 and rocketed to number one. Two days later, the television show debuted on NBC to great success.

The TV ratings remained high for two seasons and Micky and the band starred in their own feature, “Head,” a 1969 psychedelic romp written by a young Jack Nicholson. The movie is now considered a cult classic. Ultimately, The Monkees achieved their greatest success as recording artists. Their first four albums (The Monkees; More of the Monkees; Headquarters, and Pisces, Aquarius, Capricorn & Jones, Ltd.) reached number one on the charts and they had three consecutive number one singles: “Clarksville,” “ I’m a Believer” (with lead vocals by Micky) and “Daydream Believer.” The group’s first five albums also went gold.

In 1977, Micky flew to London to star in Harry Nilsson’s West End Musical, “The Point.” He planned to stay three months but remained for 12 years. During that time, Micky honed his behind-the-camera skills (which he first practiced by directing episodes of “The Monkees”) by becoming prominent producer-director for the BBC and London Weekend Television. He also directed a short feature film, “The Box,” written by Michael Palin and Terry Jones of Monty Python, and helmed numerous music videos. “I had the best of both worlds,” he explains. “It was great to have the opportunity to work in two very different forms of the same medium, the commercial and the non-commercial, and fuse the best of each into something unique…a new style, a new approach.”

When Micky returned to the U.S., he continued his directing career with projects for the Disney Channel and Harmony Pictures, among others.

In 1986, MTV broadcast episodes of The Monkees show and exposed a whole new generation to Monkeemania. Micky and Peter Tork recorded new tracks for Arista Records and the single, “That Was Then, This Is Now,” became their first Top 20 record since 1968. Micky, Peter and Davy Jones subsequently reunited for a 1986 summer tour that was so successful it sparked the reissue of all The Monkees’ classic LPs as well as Pool It on Rhino Records. At one point in 1987, there were seven Monkees albums on Billboard’s Top 200 LP’s Chart.

The early nineties found Micky back in the United States and on the road again with the National Touring Company of “Grease”. Micky enjoyed musical theater so much that he accepted the lead role in a Canadian production of, “A Funny Thing Happened On The Way To The Forum”. Whilst in Canada, Micky wrote what he calls, “the first half of my unauthorized autobiography”, I’m A Believer, published by Hyperion Press. In 1996, The Monkees again joined together this time for a “30 Year Reunion” summer tour around America. The response was such that they toured again the following year, this time finishing up in England, selling out Wembly Arena twice. The next few years found Micky dividing his time evenly between acting (The Drew Carey Show, Days of our Lives, General Hospital), and directing (Boy Meets World for ABC/Disney, Pacific Blue for USA Networks and Malpractice, a feature film for Lifetime Television). January of 2004 found Micky back on Broadway, co-starring in the Elton John/Tim Rice Tony Award winning musical, “Aida”. Then, after a short, but exciting, stint as the morning DJ on CBS-FM in The Big Apple, Micky was once again treading the boards in the revival of the Stephen Swartz musical, “Pippin”.