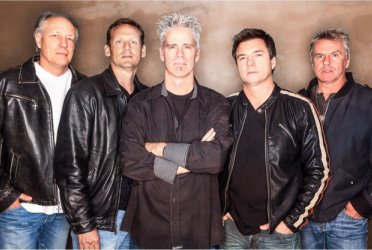 Little River Band was the first Australian band to successfully conquer foreign markets from an Australian base.

Within eight months of their birth, LRB had already scored three Australian Top 20 singles and two Top Ten albums. In 1976, after their self-titled debut album was released in the USA, the long grind of 13 US tours in eight years had begun.

By 1982 they became the only act – from anywhere – to have a top ten US single for six consecutive years.

Headlining their own major shows in America, and touring internationally with the likes of the Doobie Brothers, Supertramp, America, and the Eagles was a huge learning curve that honed LRB into one of the finest live bands in the world.

Record success ran alongside – total record sales around the world have eclipsed the 25 million mark. 16 hit singles by 1985, as well as gold, platinum, and multi-platinum album sales awards. All-told LRB have notched up eight top 10 singles in the US, where just two of their songs, “Reminiscing” and “Lady”, have more than 8 million radio plays between them.

Through the years LRB has thrived as a highly respected and constantly in-demand outfit, going about their craft with a dedication to excellence and professionalism that few, if any, can match.

The present Little River Band lineup is stronger than ever; there is a new element of youthfulness and vitality,with Wayne Nelson, who began his LRB career in 1980, as lead vocalist; guitarist/vocalist Greg Hind; Ryan Ricks on drums & vocals; Chris Marion on keyboards and vocals; and Rich Herring on guitar and vocals.

LRB continues to look to the future, which promises to be a very special one for a band that really has withstood the test of time.