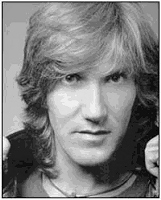 An award-winning songwriter and recording artist with multi platinum albums, John Cafferty could simply be known as “The Man Who Made Eddie Cruise”. Indeed, after playing together for more than 25 years, from the beachside haunts of their native Rhode Island to concert venues nationwide, John Cafferty and the Beaver Brown Band bring both passion and hard-won perspective to their musical careers. And those years have given Cafferty a story to tell which, like the best rock songwriting, is both personal and universal.

Cafferty and Beaver Brown saxophonist Michael Antunes (who actually appeared as the saxophonist in the Eddie and the Cruisers movie) know much about winning and losing. By 1982, despite their status as one of the strongest club bands in the Northeast, they still had not won a recording contract. So, they took the risk of writing and performing the music for a yet to be released movie. Of course, the film Eddie and the Cruisers became a blockbuster hit and Cafferty’s rendition of “Tender Years” (which had been a poignant gem in the band’s repertoire for years) and “On the Dark Side” flew to the top of the Billboard Charts.

As both of those tracks became hits, the soundtrack of Eddie and the Cruisers was released by Scotti Bros/CBS in May 1983 and, bolstered by cable play of the film, sold more than three million copies earning triple platinum status. 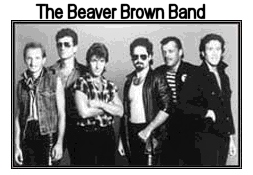 The risk paid off and Cafferty and Beaver Brown got their own record deal. The resulting album, Tough All Over, was released by Scotti Bros./CBS in May 1985. With its varied styles and realistic themes, it was the first chance for Cafferty and the band to display the scope and depth of their music. The album yielded two more Top 20 hits, the title track, “Tough All Over” and “C.I.T.Y.”  It also included pointed vignettes like “Dixieland”, a gospel-flavored rave about Frost Belt refugees in the South; “Small Town Girl”, a doo-wop-tinged love tune; “Crystal Blue”, a heartbreak ballad with a Tex-Mex feel; and the powerful rocker “Voices of America’s Sons”, Cafferty’s declaration of rock music’s role for his generation, which also appeared on the Rocky IV soundtrack.

“I wanted to have a sense of continuity,” says Cafferty. “We’re still trying to write songs that ring true to life — that’s what’s important.”