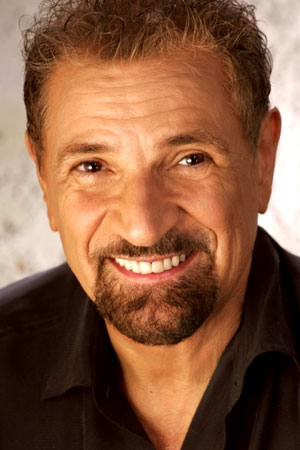 Felix Cavaliere was born Nov. 29, 1942 in Pelham NY. His mother was a pharmacist and his father was a dentist. His mother wanted only the best for her only son, and had dreams of him becoming a classical pianist. To reach this goal, Felix was instructed in piano 3 times a week from the time he was 6 years old until his mother passed away when he was 14. Felix’s musical influences started to take hold in the forms of idolizing the music of Ray Charles among others. He formed his first band called The Stereos while in his teens during which time he started to perfect his vocal abilities. He says his voice was “really bad”, he said he sounded like a frog initially and his voice “needed a lot of help”. He also discovered the Hammond organ sound around this time and was mesmerized by it – the Hammond later became Felix’s own “trademark sound” along with his own beautiful voice.

He was encouraged to attend college (Syracuse University) to study medicine. Felix was frustrated in college because he really wanted to continue singing and playing in his band. He chose music over school by leaving Syracuse University after 2 years and went on to form a group called The Escorts. He then moved to New York City and got his professional start as a backup musician for Sandy Scott, and later Joey Dee and the Starlighters.

Early in 1965, Felix formed the “Young Rascals” with the additions of Dino Danelli, Eddie Brigati and Gene Cornish. On October 28, 1965 The Rascals performed at the Phone Booth, a club in the “discotheque district” of Manhattan’s East Side. Their high-energy set attracted the attention of Sid Bernstein, and the group was signed with Atlantic Records. Before they knew it, they began releasing records.

From 1965 through 1969, the Rascals were one of the biggest groups in the country. Their hits including the Felix-sung “Good Lovin’,” “Groovin’,” “A Girl Like You,” “A Beautiful Morning” and “People Got to Be Free”.  As they evolved from blue-eyed soul (a term coined to describe them) to pop psychedelia and jazz fusion. Felix sang lead on most of the tracks, while Eddie sang lead on their ballads. The Rascals’ biggest hit “People Got to Be Free” was co-written by Felix and Eddie as an impassioned response to the assassinations of Sen. Robert F. Kennedy and Rev. Martin Luther King, Jr. It topped the charts for five weeks in 1968 and inspired a follow-up single, “A Ray of Hope”, written for and about Teddy Kennedy.

At this juncture, the Rascals began focusing on albums instead of singles. Their more experimental, elongated approach resulted in records like Freedom Suite, a double album from 1969. By the early Seventies, the Rascals had mutated into an impressionistic jazz-rock outfit and moved from Atlantic to Columbia Records. The band continued to record sans Brigati and Cornish from 1971-1972, but without all 4 founding members, the group could not continue as they had, so what was left of the band finally disbanded in 1972 after the release of their final album (Island Of Real).

Felix went on to a solo career during the 70’s and released one CD in the 90’s. His 1st album was entitled simply “Felix Cavaliere” and was released in 1974. It was a collaborative piece with Todd Rundgren. There were some excellent songs on this album, and 2 singles were released from it – A High Price To Pay/Mountain Man and Everlasting Love/Future Train.

His 2nd release was the following year in 1975 and was entitled “Destiny”. One single was released from this album – “Never Felt Love Before/Love Came”. Ex Rascal Dino Danelli played drums on “Flip Flop”, and Lesley West and Buzz Feiten were heard playing guitar on the songs. Most of the songs were written by Felix collaboratively with Carmen Moore and Darcy Miller.

The 3rd album Felix participated on was with the group “Treasure” on the album of the same name which came out in 1977. Two of the songs (Innocent Eyes & Turn Yourself Around) were written and sung by Vinnie Cusano, the rest were sung by Felix (out of 9 songs, Felix sang lead on 7 of them). Jack Scarangella played drums as he had on Felix’s first 2 releases and Rick Laird played Bass.

Felix’s 4th release was called “Castles In The Air” which came out in 1979. Three singles came from this album – “Castles In The Air/Outside Your Window”, “Only A Lonely Heart Sees/You Turned me Around”, and “Good To Have Love Back/Dancin’ The Night Away”.

Felix’s 5th and final solo release to date was entitled “Dreams In Motion” which was released in 1994. The songs describe all the hopes, dreams, and ups and downs of loving someone. Felix’s daughters Christina, Laura and Aria sing backup with Felix on the song “Voices Calling”. Don Was co-produced this CD with Felix. One single came out of this CD – “If Not For You/Stay In Love”.

In 1997, Felix Cavaliere along with former Rascals band members was inducted into the Rock & Roll Hall Of Fame, the highest recognition a band/musician can receive. Felix is in good company with Hall Of Fame inductees Elvis Presley, The Beatles, The Rolling Stones and Chuck Berry among other greats!