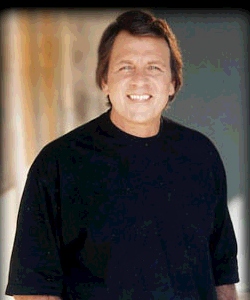 Born on February 6, 1943, Fabian Forte was actually discovered at the age of 14 sitting on his front steps in Philadelphia, Pa. Soon thousands were to throng to his concerts. Capitalizing on his good looks and ability to excite an audience, Fabian reached dizzying heights of success. At 15, he won the Silver Award as “The Most Promising Male Vocalist of 1958”. By the time he was 18, he had recorded dozens of hit singles, eight albums, and earned gold records for “Turn Me Loose”and “Tiger” and a gold album for “The Fabulous Fabian”.

In 1959, Fabian made his screen debut in “Hound Dog Man” opposite Carol Lynley. He then began to concentrate on another aspect of show business that interested him more than singing — acting. His role as a homicidal maniac in a TV production titled “A Lion Walks Among Us” directed by Robert Altman solidly established his credentials as a versatile and powerful actor. Serious about his craft, Fabian studied in New York for three years under Wynn Handman and with Charles Conrad and Sandy Meissner in Hollywood. His impressive acting credits include featured roles with John Wayne, James Stewart, Jack Palance, Tuesday Weld, George Segal and Karen Black.

Today, Fabian hosts and performs in his own concert series, Fabian’s Goodtime Rock ‘n’ Roll Show, which features the great rock acts from the 50’s and 60’s. In 1985, in front of 85,000 fans in Baton Rouge, Louisiana, his show was the first concert produced for pay per view television. The show was a syndicated television special as well as a PBS Pledge Week special.

Additionally, Fabian continues to tour with Frankie Avalon and Bobby Rydell as The Golden Boys. To date over 200 performances of his show have played in every major city in the United States, as well as such television specials as “The American Music Awards”, “Miss Teenage America”, the closing Ceremonies of “Miss Liberty Special” (which was seen by over 200 million people), and the ABC Inaugural Week special, “Command Performance: An All Star Salute To The President”.

Fabian never disappoints his fans. They see a stunning man to whom the years have been kind. A man who is as fresh and as magnetic as ever. A consummate professional, Fabian has pursued his career with an admirable intensity. He has traveled the show business ladder and survived with his sense of humor and integrity intact.

Fabian is an incomparable talent with the built-in following of a demographic majority that in size and buying power has no precedent. Every generation is his generation and they respond to his charisma.