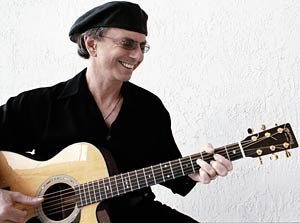 Emerging from one of the most successful white doo wop groups, Dion hit the scene solo with a string of hits and a spectacular song that defined the restless spirit and a way of life, “The Wanderer”.

Singer and songwriter, Dion DiMucci was born July 18, 1939 in the Bronx. He began singing at the age of 5 picking up the guitar a few years later. As a teenager, like many other aspiring singers of the times, Dion spent many evenings singing on street corners. Dion went a step further, performing locally and recording several records for local labels. When national success was beginning to seem elusive, Dion was asked to record another single.  He agreed on the condition that he could pick his own backing group. He rounded up the 3 best street singers he knew: Carlo Mastrangelo, Freddy Millano and Angelo D’ Aleo who were named the Belmonts after Belmont Avenue in the Bronx.

When Laurie Records was formed in 1958, Gene Schwartz picked Dion and The Belmonts for their first release. Laurie Record’s first single “I Wonder Why” was recorded one afternoon at New York’s Bell Sound Studios. Released the first week of May, 1958 it was on the national charts 2 weeks later. Soon the group was booked on Dick Clark’s Saturday night CBS-TV show. For Dion, there would be no turning back. Immediately they were booked on a one nighter tour that crisscrossed the country. Their big breakout hit came in the spring of 1959 with “A Teenager in Love” (#5). The next year “Where or When” made it to #3.

The Belmonts toured frequently, often on package tours with other stars. In February 1959, Dion passed up a plane ride on the chartered plane that later crashed, killing Buddy Holly, Ritchie Valens, and the Big Bopper.

By the early 60s Dion and the Belmonts broke up. Dion’s first 3 solo singles were distinctly different than those done with the Belmonts. “Lonely Teenager” featured a backing group with a female lead. With a bouncy rhythm it was near the Top Ten in the late fall of 1960. After a few misses and with a new back-up group, the Del Satins, Dion began an incredible string of Top Ten hits, such as the No. 1“Runaround Sue”, “The Wanderer”, “Lovers Who Wander”, “Love Came To Me” and“Little Diane” in 1962 .

With his contract up with Laurie in June, 1962, Dion jumped to Columbia. He brought along the Del Satins.  More Top Ten hits followed with “Ruby Baby”,  “Drip Drop”, and the infectious “Donna the Prima Donna” in 1963. Dion also appeared in the films Twist Around The Clock and Teenage Millionaire in 1961.

The British Invasion hurt most American rock stars, but Dion especially so, partly because he was also struggling with a heroin addiction he’d acquired back in the early days. In 1968, Dion moved to Miami with his wife and daughter to Miami, where with the help of his father-in-law, he finally kicked his heroin habit.

Switching to folk-rock in the late Sixties, Dion scored a big hit with the timely ballad “Abraham, Martin, and John” and producing a number of critically acclaimed albums. During a brief reunion with the Belmonts in the early 70s, they recorded “Mr. Movin’ Man,” “Berimbau,” and an album Together Again for ABC Records.

Dion is truly a man who has done it all, blending the best of doo wop, teen idol and R&B styles. He has performed folk-rock and gospel as well. Dion is an equally gifted guitarist, playing acoustic and/or electric on virtually all of his recordings. Columbia and Capitol Records have released definitive Dion retrospectives, The Road I’m On and King Of The New York Streets, celebrating 40 years of Dion’s music and stature as a major American artist.