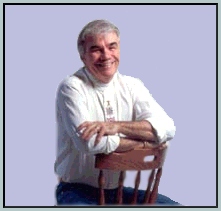 In his sixth decade of hit making, Dickey Lee’s awesome track record includes twenty “BMI” awards, six “Million Performance Awards” and a reputation as one of Nashville’s most consistently creative and soulful writers. Dickey’s place as a major hit recording artist beginning in the early, formative days of rock ‘n’ roll, and he still retains a certain boyish charm that captivates today’s audiences around the world.

With number one records on pop-rock and country charts, and as a songwriter, Dickey says: “I guess you might say I’ve had three careers that sort of overlapped each other”. It all started in his hometown of Memphis, Tennessee, a fantastic music melting pot of pop, rock ‘n’ roll, country, rhythm & blues and gospel. “I was influenced by so many people in so many fields that it took about half my career to find out who I was.”

Dickey made his recording debut in 1957 with “Dream Boy”, a song he’d written, on the tiny Tampa label. When another fellow in Memphis named Elvis Presley heard this local smash, he invited Dickey out to his house. Sam Phillips, Elvis’s producer, heard it and signed Dickey to Sun Records where he had more local hits. 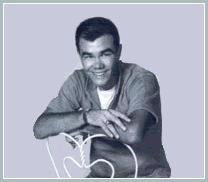 Dickey went to Smash Records in 1961, where he and producer Jack Clement recorded his first number one … “Patches”, the record that launched a pop career of major hits including “I Saw Linda Yesterday”, “Laurie (Strange Things Happen in This World)” and “The Girl From Peyton Place”.

During this productive time, Dickey met “The Smoke Ring” (then “Little Joe and the Ramrods”) and started a long association and friendship that spawned several chart singles for the Smoke Ring, as well as opening a channel for Norfolk talent to Memphis and Nashville. At Lee’s invitation, they traveled to Memphis, Tennessee, to Sam Phillips’ studio, where, as “The Smoke Ring” their sessions produced a “That Girl Was My Girl”, a regional hit, which led to a contract with Buddah, and a national hit, “No, Not Much”, and yet another chart single, “A Portrait of My Love.”

Then in 1969 Dickey signed with RCA Records and had ten years of country hits that included “Rocky”, “9,999,999 Tears” and “Never Ending Song of Love”. Many of these songs were top ten and several hit number one.

Dickey feels blessed to be able to continue to do what he loves to do. Today, he still writes songs and speaks at various writing seminars. He has found an exciting niche playing classic rock ‘n’ roll revival shows with many of the artists he started out with in the late 50’s. Fabian, Bobby Vee, Tommy Roe, Lou Christie, Bowser, The Tokens, The Shirelles, The Shangri-La’s and The Crystals, to name a few.