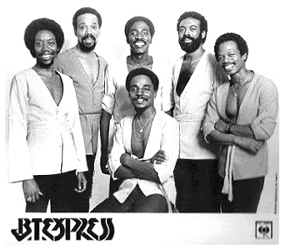 Brooklyn, New York has always been noted for contemporary music. This New York borough has produced some of the top names in today’s Music.

Formed in 1974, the very first B.T. EXPRESS, “Do It ‘Til You’re Satisfied”, immediately climbed to the top of the charts where it remained at #1 for 8 weeks and went gold.

The group’s second single“Express” also went gold. This was just the beginning of much more success to come, which included several U.S. hits, numerous television appearances, and a gold album to follow their two hit singles.

In 1975, B.T. EXPRESS became Scepter Records’ biggest recording act, establishing their name in contemporary music. In 1977 a new chapter was added to their book when they signed with Columbia Records and recorded such hits as “Shout It Out” and “Energy to Burn”, just to name a few.

The popularity of B.T. EXPRESS extended beyond the U.S.A. In fact, while on a very successful tour of the Far East they were invited to Thailand to perform for King Aduldet and the Royal family.

Upon returning from Thailand, Brooklyn Borough President Howard Golden honored the group with a parade to Brooklyn’s City Hall, where they were presented with a citation for their musical achievements and a proclamation declaring that day, B.T. EXPRESS DAY. ( B.T. stands for Brooklyn Transit).

Over the past years, B.T. EXPRESS has undergone several personnel changes. With the creative infusion of its newer members, the group has changed with time, while progressing with each change.

This is why even today B.T. EXPRESS remains one of the top forces in contemporary music.