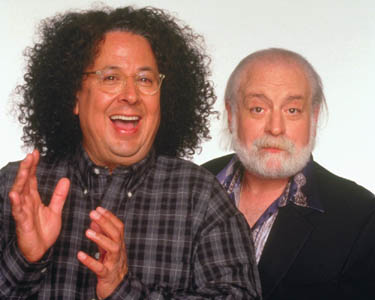 Howard Kaylan and Mark Volman formed a rock group with drummer Don Murray and bassist Chuck Portzin in Westchester, California in 1965 and called it “The Crossfires”. DJ and club owner Reb Foster assisted The Crossfires and they signed with White Whale Records, becoming in the process a folk rock group known as The Turtles.

Their first break was with a Bob Dylan cover, “It Ain’t Me Babe”, which was a Top Ten hit in the summer of 1965 and the title track to their first album. For any band, a career highlight is the first time you hear your song on the radio. Mark Volman knows exactly where he was when “It Ain’t Me Babe” received that honor”:

“It was 1965, and we were playing … at the Revelaire Club in Redondo Beach [California],” he recalled. The group was standing in a parking lot listening to a car radio playing Los Angeles station KFWB’s latest chart.  The top 10 featured “two or three debuts,” he said, “and ‘It Ain’t Me Babe’ was one of those songs.”

In 1965 and 1966, two more singles, “Let Me Be” and “You Baby” charted in the top 40 in the early 1966, but two albums didn’t do that well. In the beginning of 1967,  Murray and Portz decided to leave.  Drummer John Barbata and bassist Chip Douglas were brought in to replace them.

Another career upswing would come in 1967 when the band decided to record a song they had been performing for some time on stage. Written by songwriters Garry Bonner and Alan Gordon, “Happy Together” seemed to be almost a parody, and had already been rejected by countless performers. The song immortalized the price of a phone call in 1967 (“… I should call you up, invest a dime”), and spent three weeks at #1 on the American charts in 1967 and was one of the few records by any performer to knock the Beatles (“Penny Lane”) out of the #1 spot.

The timeless “Happy Together” has been featured in films such as Making Mr. Right(1986), Adaptation (2002), as well as a Simple Plan’s cover in Freaky Friday(2003). It remains a commercial staple and has been featured in commercials for Florida Orange Juice, Marshall Fields, Red Lobster, and SunCom Wireless and Heineken. Says Howard: “The song will not die – and neither will our careers!”

Chip Douglas left the group soon afterward to work as a producer with The Monkees and was replaced by bassist/singer Jim Pons.

Another tune penned by Bonner and Gordon became The Turtles’ next chart topper, when “She’d Rather Be With Me” reached #3 on the US charts in late spring 1967, and actually outcharted “Happy Together” overseas. Two other top 15 singles followed, “You Know What I Mean”, and “She’s My Girl”, as the band shifted towards psychedelic music to keep up with music trends. Golden Hits was released later that year, charting in the top 10.

In 1968 “Elenore” and “You Showed Me” became both reached the Top Ten.“Elenore” may be the only Top Ten single to contain the lyrics et cetera, and was itself a tongue-in-cheek answer to White Whale’s demands for more songs like“Happy Together”.

Rebelling against these and other pressures from White Whale, Kaylan and Volman recorded Turtle Soup, a critically well-received album that was produced by Ray Davies of The Kinks – his only production work for another band in his entire career – and inspired by The Kinks’ Village Green Preservation Society. Kaylan and Volman insisted the whole band share in the writing and singing. In spite of Turtle Soup’scritical success, commercial acclaim was low. In the early 70s, after two more albums, the band folded and the label, left with no commercially viable bands, soon followed suit.

Kaylan and Volman (accompanied by Pons) joined the Mothers of Invention as “The Phlorescent Leech & Eddie” and became known as Flo & Eddie. They recorded albums with the Mothers and later released a series of records on their own. They also recorded soundtrack music for children’s shows like the Care Bears and Strawberry Shortcake, and began hosting their own radio show on KROQ in Los Angeles and WXRK in New York City.

When White Whale’s master recordings were sold at auction, the winning bidders of the Turtles masters were Kaylan and Volman, making them the owners of their own recorded work. In 1984, after legally regaining their right to use the Turtles name, and began touring as The Turtles featuring Flo and Eddie.

Very few rock performers have remained as vital from the 1960s through the 1990s as have Howard Kaylan and Mark Volman. Suffice to say that, even the Turtles more minor hits, the ones which failed to make it onto The Turtles Greatest Hits, all sound like first class records.