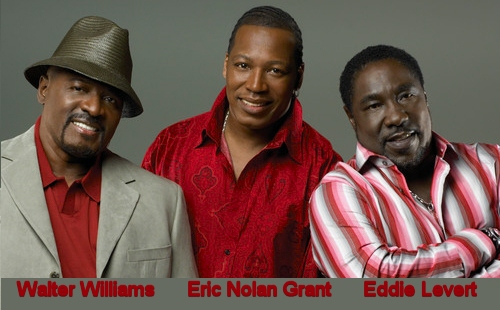 It was in 1957 when Eddie Levert, Walter Williams, William Powell, Bobby Massey and Bill Isles began as a quintet called the Triumphs of McKinley High School in Canton, OH. In 1960, they became the Mascots but were renamed The O’Jays in 1963 after legendary radio D.J. Eddie O’Jay.

Things began to take off for the group when they signed with Imperial Records in 1963 and achieved their first hit, “Lonely Drifter.” This was followed by several hit singles and the release of their debut album in 1965, Comin’ Through. The O’Jays had released one more record, Soul Sounds, in 1967 when they met songwriters and producers Kenny Gamble and Leon Huff. The group soon recorded on Gamble and Huff’s Neptune label as a quartet (Isles departed in 1967). Massey left the group in 1972 and the trio united with Gamble and Huff on Philadelphia International Records recording some of the best R&B/pop hits ever. It was on the Philadelphia International label that The O’Jays’ career skyrocketed.

Their muscular vocal stylings, combined with their awesome showmanship have enabled The O’Jays to perform to sellout crowds worldwide. For the next seven years after the 1972 release of “Back Stabbers”, The O’Jays had a gold or platinum record every year and garnered three Grammy nominations for Best R&B Vocal Group. In 1990, the group won an American Music Award for Favorite R&B Group or Duo for their hit album, Emotionally Yours. With six platinum and eight gold LPs including Family Reunion, Message in the Music Ship Ahoy, So Full of Love and Travelin’ at the Speed of Thought, the talented trio has proven the test of time.

Newest member, Eric Grant, is proud to be included as part of The O’Jays legacy. “The O’Jays have been a soul music staple for more than 40 years and I feel this album will introduce us to a new generation of listeners,”  says Eric, commenting on the 1999 release of the group’s 28th (not including compilations and best of’s) album “Smooth Love.”

In addition to the success of The O’Jays, Eddie Levert is also the father of Gerald and Sean who formed the hit R&B group Levert in 1982.

With more than 50 singles released spanning a 40+ year career, The O’Jays have earned the right to be called “living legends.”