Taking their name from the popular mixed drink, the Manhattans began their legendary musical journey after being spotted at Amateur Night at the Apollo Theater. They placed third in the competition, but their undeniable musical star power earned them their first recording contract. Joe Evans, a former Motown musician, had just started Carnival Records and eagerly signed the Manhattans. It didn’t take long before their first major hit “I Wanna Be (Your Everything)” broke onto the Pop and R&B charts, and the hits just kept on coming with both “Searching For My Baby” and “Follow Your Heart” selling records by the hundreds of thousands. 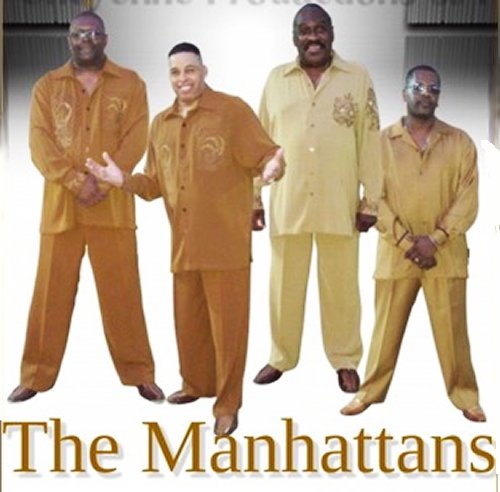 In a mere three years songs like “Baby I Need You” and “I Am The One Love Forgot” firmly established The Manhattans’ place in musical history and earned them NATRA’s “ Most Promising Group” award.

After moving onto King Records’ Deluxe Label, their smooth sound and repeated quality songwriting soon brought court from Columbia Records, a subsidiary of world renowned CBS, which afforded them the power of self-producing and collaboration on their albums. From their inception throughout their career, classic songs like “There’s No Me Without You”, “Kiss And Say Goodbye” and “Shining Star” led The Manhattans to help set new RIAA standards for platinum sales. Numerous awards and a Grammy proved again just how resplendent the group had become within the artistic community and the hearts of their fans.

Throughout the decades, with one enduring song after another, this exalted super group continues to leave their mark on the world — touring the globe, playing numerous charity events and making appearances at high profile festivities such as former President Clinton’s Christmas Gala.

Original Founding Member Edward “Sonny” Bivins continues to preserve the integrity of this priceless musical gem and has gathered the vocal styling of Charles Hardy, Harsey Hemphill, Alvin Pazant and Lee Williams to complete the modern lineup, and seek out new horizons. They continue to record and perform songs with melodies and harmonies that few of us will ever forget. And they will carry forth the musical tradition of the Manhattans for generations to come.