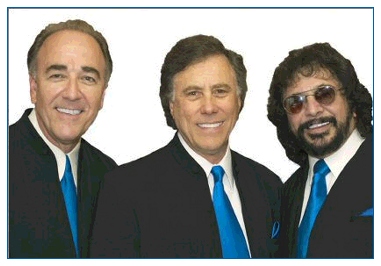 In May 1966, The Happenings virtually exploded onto the national charts with their first single release,“See You In September”.

The song quickly spiraled up the charts to become an international #1 record throughout the entire summer. Most recently, Entertainment Magazine has listed “See You In September”in the top 100 summer songs of all time! The Happenings, continuing to become a major force in the music industry, soon released their next smash hit “Go Away Little Girl” and hugely successful album “Bye, Bye, So Long, Farewell”. With Bob Miranda, the lead singer of The Happenings and the voice that literally spearheaded the group into international stardom, many great releases were to follow including the classic hits, “I Got Rhythm”, “My Mammy”, and a virtual treasure chest of hit albums!

In the years to follow, The Happenings would travel and perform throughout the United States, Europe, and South America. Their venues would include large capacity concerts and appearances on nearly every major television show in America, including: The Tonight Show with Johnny Carson, The Smothers Brothers Show, and The Merv Griffin Show. They would share the stage with such music and entertainment giants as The Beach Boys, Roy Orbison, Joan Rivers, John Denver, The Drifters, The Kingston Trio, and many more.

Today, the group consists of three principal members. With Bob Miranda at the helm, complemented by the outstanding musical and vocal talents of long standing members Bob Kulik and George Rizzi, the group is a powerhouse of nostalgia and contemporary material that truly captures the classic signature sound that has made The Happenings a worldwide favorite for 30 years.

The Happenings continue to perform in concert arenas and major show rooms throughout the country. Their extraordinary vocal talent and unparalleled showmanship continues to consistently bring audiences to their feet literally everywhere they go!