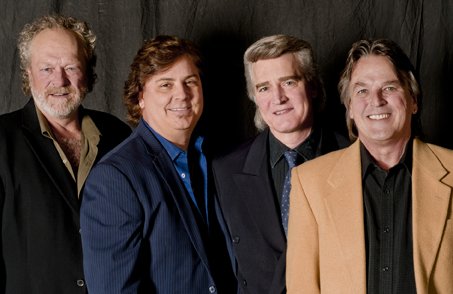 The Grass Roots Are:

DUSTY HANVEY: (Lead Guitar , Vocals)- For more than 27 years this Cherry Valley, California native has been an integral part of one of the most iconic bands of it’s time. Along with his skills as a lead guitarist and vocalist, Dusty also takes on the title of The Grass Roots’ Road Manager. “Great compositions stand the test of time. These songs will always be considered some of the best pop rock songs ever recorded and it’s a pleasure to perform them with this great band.”

LARRY NELSON: (Keyboards, Vocals) – Hailing from Norfolk, Virginia, Larry has been performing The Grass Roots’ memorable keyboard lines in countless venues across North America for more than 27 years. “It may be a cliché, but it really is all about the songs. It never gets old performing great songs and enjoying the immediate feedback from the audience. The first few notes of Temptation Eyes or Midnight Confessions never fail to elicit a response, and are always a joy to play.”

JOE DOUGHERTY: (Drums) – For more than 26 years, this Evansville, Indiana native has been pounding out some of Classic Rock’s greatest hits with one of the genre’s most accomplished bands. “ It’s always great to see the fan reaction when we perform these great hits. Our fan base spans from 15 to 75 years old. It’s pretty amazing that the songs appeal to such a wide audience.”

MARK DAWSON: (Lead Vocals, Bass) –Mark has been a part of The Grass Roots for 6 years. This Chicago, Illinois native who now calls Orlando, Florida home has made a big impression on die-hard fans and audiences everywhere. Mark’s vocals bring to life the classic Grass Roots’ sound that America has loved for almost 50 years. “It’s hard for anyone to deny that The Grass Roots are one of pop music’s most memorable bands. If there is any doubt, take a listen to the band now; still playing all of the great hits from 1966 on up…and playing them the way YOU remember them.”

In 1965, Rob Grill and 3 others teamed up with mega-hit producer Steve Barri (The Mamas & The Papas, Tommy’s Roe, Four Tops, and Dusty Springfield) to form The Grass Roots. Since their formation The Grass Roots have gone on to chart 29 singles; 13 of which went gold followed by 2 gold albums and 1 platinum album. In the entire history of Rock n’ Roll, only 9 bands (including The Beatles) have charted more hits on Billboard’s Hot 100 than The Grass Roots. For almost 50 years one of the most recognized groups on “Classic Rock” stations has continued to be The Grass Roots. During that time, the Grass Roots have averaged over 100 live performances each year. They have appeared on over 50 national television shows including, “The Tonight Show,” “The Today Show,” “Ed Sullivan,” “Andy Williams,” “Sonny & Cher,” “Good Morning America,”VH1 Hit-Makers,” “MTV,” and a record 16 times on “Dick Clark’s American Bandstand,” and they have sold over 20 million records worldwide. Along with these impressive accolades, The Grass Roots have also accomplished many more amazing feats including:

-Setting a record between 1967 and 1972 by being on the Billboard charts an unbelievable 307 straight weeks.