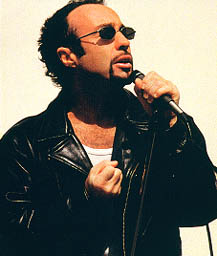 On December 17, 1949, a lad was born in Middlesbrough, England who would one day be known as one of rock’s most distinctive vocalists. Paul Rodgers first came to prominence in 1968 as a member of the seminal blues group Free.  He has often been called the greatest voice in rock.

Initially, as the young Rodgers struggled to establish a foothold within London’s highly competitive music scene, he almost gave up. Rather than throw in the towel, a determined Rodgers formed the blues band Brown Sugar. His dynamic voice was soon recognized by guitarist Paul Kossoff. So impressed was Kossoff that he and Rodgers decided to create a new entity. Joined by drummer Simon Kirke, Kossoff’s partner in Black Cat Bones, and bassist Andy Fraser, fresh from John Mayall’s Bluesbreakers, this new group was named Free by noted British blues pioneer Alexis Korner.

Free joined Cream and Led Zeppelin as leaders of the British blues revival. Free’s winning combination of blues, ballads and rock won them wide praise and an international following. That popularity continued to the present day. ‘All Right Now’, the group’s signature song, was recognized by ASCAP for garnering more than one million radio plays in the United States alone.

Rodgers’ six multi-platinum albums with Bad Company have spawned such enduring radio classics as “Rock ‘n Roll Fantasy”, “Shooting Star”, “Run With The Pack”, and “Rock Steady”, all written by Paul Rodgers. On “Rock ‘n Roll Fantasy”, Paul played all of the guitar parts. The group’s popular greatest hits compilation ’10 From 6′ remains an essential primer for fans throughout the world.

After leaving Bad Company, early in ’84, Paul released his much anticipated first solo CD Cut Loose.  He composed all of the music and played all of the instruments, making it a solo album in the truest sense of the word. He joined forces with friend and fellow rocker, Jimmy Page of Led Zeppelin, and The Firm was born. This union produced two successful tours and two equally successful albums, The Firm and Mean Business,  with radio hits “Radioactive” on which Paul played the guitar solo, “Satisfaction Guaranteed” and in the UK “All The King’s Horses”.

His first double Solo CD “Now & Live” charted internationally in the top 30 with the single “Soul of Love” remaining in rotation on more than 86 US radio stations for six months.  Rodgers and Bad Company hit the charts in 1995 with the #1 single “Hey, Hey”, one of four new tracks off BAD CO’s Anthology. The second single released Rodgers’ “Hammer of Love” reached #2.  After 20 years, all the original members of Bad Company toured the US.

Rodgers focused on his solo career in 2000 and released his 6th solo CD, Electric. The single “Drifters” remained Top Ten for 8 weeks on Billboards Rock Charts. In 2004, he performed with many notable and legendary artists, and was honored to receive an invitation from The Four Tops to be part of their 50th Anniversary TV/DVD concert celebration at Motown’s Opera House.

Subsequently, Paul teamed up with such notables bands as Queen and Bachman Turner and is currently reunited and touring with Bad Company.