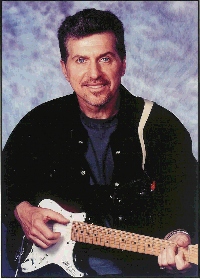 In 1964, when the British Invasion was in progress and American rockers were tough to find on the U.S. pop charts, Johnny Rivers was one of the first to regain a foothold. His first Top 10 record came right in the midst of Beatlemania. Over the next four years his funky, go-go rock gave him a steady stream of Top 10 records. His first #1 record came when, against the advice of the record company, he abruptly switched gears and began cutting ballads.

The southern tone in much of Rivers’ music was authentic. Born in New York City on November 7, 1942, in New York City, when he was 5, his family moved to Baton Rouge, Louisiana. John’s first musical inspiration was his father. “My dad and uncle used to get together and play these old Italian folk songs on mandolin and guitar.” As John started playing, he often listened to R&B on the late-night Nashville radio stations radio, megawatt stations like WLAC in Nashville. R&B was a way of life in Baton Rouge. “When I went to Baton Rouge Junior High, Fats Domino, Jimmy Reed and guys like that used to play at our dances,” Rivers says.

By junior high, he was sitting in with various local bands, including one led by Dick Holler, who later wrote “Abraham, Martin And John.” Holler’s guitarist was the still-unknown Jimmy Clanton. Holler introduced Johnny to a lot of R&B artists and in 1956, at age 14, Johnny formed his own band called The Spades. “We played all Fats’ tunes… Little Richard, Larry Williams, Bobby Bland,” Rivers says. “We became the hot little band around Baton Rouge. Then Elvis Presley and Jerry Lee Lewis hit so I took on a little touch of rockabilly.” The band toured the South and released “Hey Little Girl” on the Natchez, Mississipi label Suede which sold well on The Spades’ touring circuit.

On a school vacation to New York City In 1957, John’s dream of meeting Alan Freed came true and more. Alan Freed invited him to the now famous Brill Building on Broadway, where, after playing several songs, he sooon found himself working with legendary songwriter Otis Blackwell, author of “Don’t Be Cruel” and “Great Balls Of Fire”. Freed also gave Johnny a new name. “I was sitting around with Jack and Alan and they were gettin’ ready to release the record,” John remembers. “Alan (said) ‘Your name … you need to come up with something a little more musical.’ We were talkin’ about where I grew up on the Mississippi River and somehow Rivers came out of that, That was the first time I used that name.”

Rivers credits his uncanny gift of finding good songs and writers to his New York and Nashville experiences. “I learned that the song was everything from hangin’ out at the Brill Building and in Nashville around Tree Music,” he says. “I used to cut demos for Hill and arrange songs when I was in New York, Guys like Otis Blackwell would come in with a new tune and they’d get me to do the Elvis Presley sound and cut demos for them. 25 bucks a demo.”

In the ensuing years, John met many people, such as Audrey Williams, Hank Williams’ ex-wife, Merle Kilgore, and Shreveport guitar legend James Burton, who made an impact on his career. Burton was Ricky Nelson’s bass player and gave Ricky one of Johnny’s songs. Rivers flew to L.A. around 1961 and met Ricky and his band.

During the next couple of years, as Johnny began to think about producing records instead of cutting them himself, an event occurred that would set the stage for world-wide fame. A regular customer at Bill Gazzari’s club on La Cienega Blvd. in L.A. for some time, Bill came to Johnny when his house band was leaving and asked him to fill in until another jazz group could be found. To everyone’s surprise, huge crowds gathered to hear the rock and R&B hits. Gazzari’s profits soared, and when Rivers was ready to leave, Gazzari offered him more money.

At Gazzari’s, Johnny also met Lou Adler, who became his producer, and Elmer Valentine, who was opening an L.A. version of the Paris Whisky A Go-Go club on the Sunset Strip. Valentine offered Rivers a year’s contract to appear at the new club. “The Whisky was a smash from opening night,” Rivers says. I brought my following from Gazzari’s.”

While at the very same time, the British Invasion was knocking almost every American artist off the top of the charts, Johnny’s live album, Johnny Rivers Live At The Whiskey A Go Go. reached #12 on the charts. His cover of Chuck Berry’s“Memphis” reached #2. Into 1966, Johnny Rivers continued to record mostly live, Go Go style records including “Maybelline”, “Mountain of Love”, “Midnight Special”, and “Seventh Son”.

While some critics wanted to write Johnny off as just a cover artist, 1966’s “Secret Agent Man” was a huge hit coming in at No. 3.  That very same year,  “Poor Side of Town”, which Johnny co-wrote, outdid that and hit #1!   In 1967, Johnny lent his smooth and soulful voice and his unique style to cover two Motown hits, “Baby I Need Your Lovin” and “Tracks of My Tears”  and also had a hit with the beautiful ballad “Summer Rain”.

In other accomplishments, Rivers started his own record company, Soul City Records, where he won a Grammy Award as the producer of the 5th Dimension.

Whether you consider Johnny Rivers to be blue-eyed soul, rockabilly or pop, you’re right! Johnny began recording again in 1998 and has released a steady stream of CDs from 1998’s Rewind/Realization to 2005’s And I Know You Wanna Dance/Whisky A Go-Go Revisited. He continues to play to standing room only crowds all over the world.