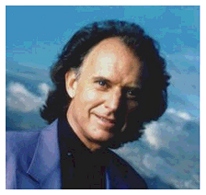 After completing his studies at the Frei University in Berlin in 1966, Gary Wright actively began pursuing music. Already fluent in German, he spent the next year touring throughout Germany doing live performances and beginning his career as a songwriter. Gary met Island Records founder Chris Blackwell the following year and moved to London where he formed the rock group Spooky Tooth. The group’s first record, “It’s All About” met with immediate critical acclaim and Spooky Tooth began touring the UK and Europe. The second album “Spooky Two”, released in 1969, entered the international record charts and became a classic. Several successful US tours followed for Spooky Tooth, playing with such legends as Jimi Hendrix and The Rolling Stones.

In the early 70s, Gary left Spooky Tooth for a time to produce records for veteran producer Jimmy Miller of Rolling Stone and Traffic fame. Playing keyboards on George Harrison’s classic “All Things Must Pass” along with Eric Clapton, Ringo Starr, Phil Collins and other greats, Gary began a musical relationship with Harrison which included playing on upcoming records and co-writing on several of George’s albums. George and Gary visited India together in 1972 as Ravi Shankar’s guests. Gary cultivated long term relationships with such classical artists as Lakshmi Shankar, Ravi Shankar and L. Subramanium. Recording two critically acclaimed albums for A&M Records, he then reformed Spooky Tooth with Mick Jones (who later went on to form super group Foreigner) and released 3 more albums. In June 1974, Gary inked a solo deal with Warner Bros. Records.

In 1975, Gary wrote and produced an all keyboard/synthesizer album “The Dream Weaver”, the first ever of it’s kind. Touring with a unique all keyboard band, his new record raced up the charts. The song “Dream Weaver” went to #1 in the charts in 1976, becoming a classic, and the next release, “Love Is Alive” went to #2, selling over 2 million albums and over 2 million singles. Gary tours were sold out all over the US and Europe and he won the Don Kirschner award for Best Vocalist of 1976.

Throughout the next 10 years,  Gary released 4 more albums for Warner Bros., the last being “The Right Place” containing the hit single “Really Want To Know You”, and focusing energy on scoring films, resulting in his music appearing in many films, including the Allen Rudolf thriller “Endangered Species”, “Stayin Alive” and the German Oscar-winning “Fire and Ice”. He also played keyboards on George Harrison’s #1 selling “Cloud Nine” album, with guests Elton John and Eric Clapton.

In 1988, Gary released “Who I Am” on Cypress Records using an all-star cast of musicians including a South Indian percussion section and performances from Indian classical greats Lakshmi Shankar and L. Subramanium, to critical acclaim. Gary then began a promising songwriting partnership with Bobby Hart.

In 1991, Warner Bros. Records asked Gary to remake “Dream Weaver” for the film “Wayne’s World”, which became the #1 film and #1 soundtrack album in Billboard in 1992, selling over 2 million copies.

Gary then recorded and released his first world music album, “First Signs Of Life”  incorporating music and percussion from Brazil and Nigeria. Included on the album are guest appearances by George Harrison and Terry Bozzio. Gary next completed his new studio album “Human Love” featuring guest appearances from Traveling Wilbury Jeff Lynne and Peter Gabriel violinist L. Shankar, among others. The 90s culminated with Rhino Records’ release of “The Best of Gary Wright – The Dream Weaver”.

In the fall of 2000, Gary launched his new record label, Larkio Music with “Human Love”,  with more releases from both his sons Dorian and Justin (Give) following in 2001.  Willy Bogner’s 2000 IMAX film “Ski to the Max,” starring Pink and John Eaves,  featured a new Gary Wright song “We Can Fly” as the title track.

Gary continues to tour – his tremendous contributions to the music industry are far from over.