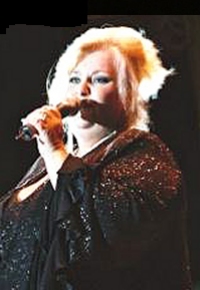 On July 7,1979, an unknown French Canadian singer from Montreal – all of sweet 16 – stepped onto the boards of New York’s Fire Island before a screaming crowd of 5,000 to perform her very first single, “Come to Me”.

She left the stage a star.

“Come to Me” reached # 1 on Billboard’s dance chart, # 13 on its pop chart, and is now regarded as a solid gold disco classic. It was included on the soundtrack of the Miramax movie “54”.

Today France Joli is an award winning, international recording artist who continues to perform around the world and has seven albums to her credit. Her top ten hit singles include “Let Go”, “Don’t Stop Dancing,” “Playboy”, “Feel like Dancing”, “The Heart to Break The Heart,” “Gonna Get Over You”, and  “Partylights”.

Joli’s many televised appearances include that on The Bob Hope Special, The Midnight Special, The Merv Griffin Show, The Dinah Shore Show, The Mike Douglas Show, and Solid Gold. She was also the subject of a Big Blue Marble documentary.

Interviews, reviews and feature articles focusing on France Joli have appeared in such magazines as Billboard, Us, People, GQ, Interview, and Variety.

Joli’s awards include the Juno (Canada’s Grammy) for Best new artist, the 1980 Billboard’s Disco Award as best New Artist, and both the Most Outstanding Vocal Perfomance Award and the Grand Prize at the 1984 Yamaha World Popular Song Festival in Tokyo, Japan (with the hit single “Partylights”).

With the decline of disco, many disco artists careers went by the wayside. France Joli, however, made a successful comeback in 1996 with the release of  a new 12″ single. Picking right up where she left off sixteen years earlier, “Touch” became a successful club hit and introduced Joli to a brand new audience of clubgoers. 1997’s  “Breakaway” met with equally pleasing results.

France Joli has met the test of time.  She continues to perform and as audiences very much appreciate, her voice has only become stronger and richer.