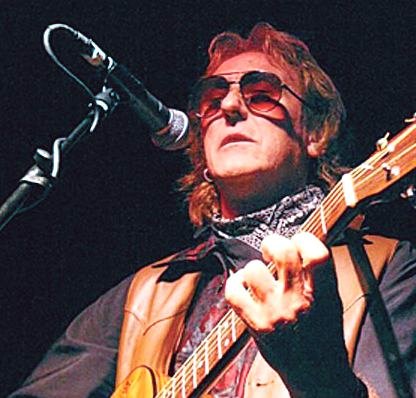 At the height of the British invasion, Denny Laine was one of the most recognizable voices on the entire British music scene. As the lead singer on the Moody Blues’recording of “Go Now” — a worldwide multi-million seller — he stood out in a large pack, and did so splendidly. His soulful, agonized lead vocal performance, coupled with Mike Pinder’s chiming piano, proved irresistible on the radio.

After leaving the Moody Blues, Laine’s next major gig was as a member of Ginger Baker’s Air Force, a big-band rock outfit that was a partial offshoot of Blind Faith. Following this musical excursion Laine joined forces with Paul McCartney and Wings. The group was led by McCartney (joined by his wife Linda McCartney) on bass, guitar, piano, and vocals, with Laine at the core on guitar, bass, and vocals combined with his incredible talent for songwriting, solidified their place in rock history as one of the biggest selling acts of the 1970’s.

When Wings disbanded, Denny took a step back from the spotlight to work on several solo albums. Denny performed the Cutting Room in NYC. where he played an acoustic set and a set with the band. Willie Nelson came to see the show.