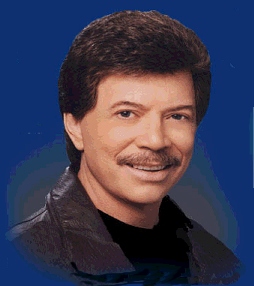 Bobby Goldsboro’s career has been a remarkable evolution. This multi-talented performer started out in the early sixties as a guitarist with the legendary Roy Orbison. During his three years with Orbison he traveled all over the world and even toured with The Beatles.

In 1964, Bobby started his solo career by recording the first of a string of sixteen top-forty hits, “See the Funny Little Clown”.  One of his first concert bookings had him opening for the Rolling Stones on their first U.S. tour! More million-selling hits followed, setting the stage for 1968 and the classic, “Honey,” which became the largest-selling record in the world. “Watching Scotty Grow,” “Little Green Apples” and “With Pen in Hand” have also become classics.

1973 brought Bobby his own nationally syndicated television show, which ran for three successful seasons and became the highest rated variety show in syndication in the ‘70’s. His quick wit made him a much sought-after “regular” on the TV talk show circuit as well. Bobby then formed House of Gold Music, which became one of the most successful music publishing companies in Nashville, publishing such songs as “Wind Beneath My Wings” and “Behind Closed Doors.”

Songwriting has earned Bobby 27 BMI awards and his compositions have been recorded by such diverse artists as Aretha Franklin, John Denver, Paul Anka, Dolly Parton, Billy Gilman, Dr. John and Bette Midler. His compositions, “With Pen in Hand” and “Autumn of My Life” are members of BMI’s exclusive “Million-airs Club,” which contains only those songs which have been played on the air over one million times! Bobby’s classic composition, “Summer, the First Time” was recently voted the greatest summer song ever in England!

He has amply demonstrated his talent and versatility with best-selling videos, children’s books,  writing, orchestrating and performing the music for several best-selling audio books, among them William Peter Blatty’s classic, “The Exorcist.”  Bobby’s work on the hit CBS comedy, “Evening Shade” premiere resulted in a BMI Award for “Evening Shade,” a first for the series.  Bobby continues to work in children’s television and has also produced a live Swamp Critters show that has played extended engagements at many popular theme parks.

Bobby’s popularity has spanned several generations because of the kinds of songs he has written and chosen to record.  Still an in-demand and popular concert performer, he still enjoys entertaining his many fans.  In a business notorious for chewing up its greatest heroes, Bobby Goldsboro has come through unscathed, as healthy and wholesome as the clean-cut country boy he was in the halcyon days of rock and roll. Like fine wine, he has improved with age. And, the best of Bobby Goldsboro may be yet to come.