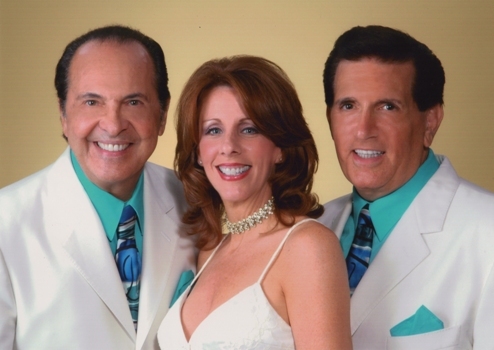 A certain magic happens the moment the Classics step onto the stage and begin to sail from one song to another. Their unique vocal and visual styling, selection of material and overall performance puts them in a class of their own.

Raised in Brooklyn, NYC and known in 1958 as the Perennials, they changed their name after the MC in a Brooklyn night club had difficulty pronouncing their name and introduced them as the Classics. They have been known as the Classics ever since. Jim Gribble got them signed to Dart Records in 1959. In 1961, they signed with Mercury Records and recorded several songs for that label. Early in 1963, they recorded “Til Then”, which was an old standard. Music Note records bought and released “Til Then”, which became a huge hit for the Classics and a million seller.

Subsequent hits includes “P.S. I Love You” and “You’ll Never Know.” Their latest CDs are “Intimate Reflections,” a collection of standard love songs, and “Gold Dust,” which includes their hits.

The foundation of the Classics sound is the outstanding lead voice of Emil Stucchio, which can be heard on every Classics recording. The excellent vocal harmonies of Al Contrera and Teresa McClean complete the circle of style, blend and class that we know as the Classics. Their popularity has continued to grow as shown by a recent radio survey where they were voted the 6th most popular group out of 500 groups.

The Classics are certainly at home in a 50s concert, but they also have a proven track record in Atlantic City, Las Vegas and corporate venues. They have performed with the Four Seasons, Pat Cooper, Dick Clark, the Fifth Dimension, Jerry Vale, Jay and the Americans, Bobby Rydell, and other popular artists around the country. The Classics add that special touch to everything they do. From standards to the 50s to today’s sounds, their shows are complete and professional. In every way, they live up to the name they have chosen.  They are a class act.

BOOK EMIL STUCCHIO AND THE CLASSICS