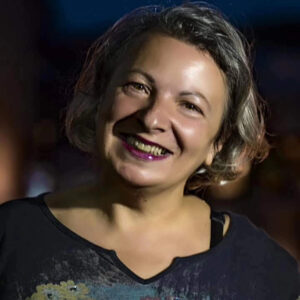 We are so excited to announce and welcome our new agent, Daina Jasmine Ventura. Daina will be representing and running UAMT International.

Daina has been working in the biz over 35 years, at first as a music journalist, for Italian magazines and then as PR and talent scout for live music clubs of the “Milano da bere” and then with Italian music promoter Franco Mamone, who has organised the Italian tours of Bruce Springsteen, Sting, Whitney Houston and many other International stars.

She worked for Charles Aerts Agency in Amsterdam with whom she brought Italian super stars Andrea Bocelli and Laura Pausini to the Netherlands and Belgium. She carried on working as booking agent for some top Italian Agencies and later as an independent agent for International Artists, such as Tony Levin, Fish, the Grande Mothers of Invention, Sol Ruiz, the Musical Box, teaming up with D&D Concerti.(Italian agency and management of PFM). She helps produce the Italian Festival Veruno Musica, Daina resides in Mexico and is now organizing tours and shows in Italy, America, Mexico and Europe. 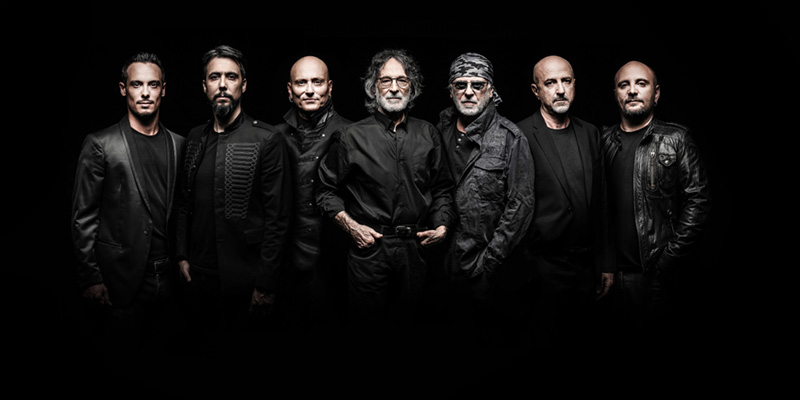 is the most famous Italian rock band in the world, and the only one ever to chart on US Billboard. PFM started as Quelli, a beat band of the ‘60s.

Their first album was “Photos of Ghosts” (1973) featuring the best of the two previous albums. PFM signed with Manticore, the English label founded by Emerson, Lake & Palmer. “Photos of Ghosts” charts in US Billboard and is awarded Best Album of the Year by Japanese critics. Their music will allow PFM to enjoy great success on a US tour – as a support act to Poco, Santana, Allman Bros, ZZ Top and others.

They have been rocking all over the world: Japan, with classic symphonic orchestra and in Europe, Canada, South America and Mexico. Last year the prestigious magazine “Prog UK” included PFM drummer, singer and front man Franz Di Cioccio in the top 100 Rock Icons.

One of most famous Progressive Rock bands from Venice, Italy.

Known for their beat and psychedelic rock, the band toured Italy in December 1972 with Peter Hammill of Van der Graaf Generator. After a few changes of lineup and style, strong sales of their 1970-1980 anthology, the band returned to the recording studio. The resulting product, 1995’s Il fiume, a “triumphant return” to the sound that made them famous more than twenty years before. A string of concerts, culminating in appearances at progressive rock festivals in Los Angeles, Quebec City and Mexico City. Two further albums were released, Elementi in 2001 and L’infinito in 2004. Le Orme headlined NEARFest 2005 in the US, and later returned to a trio formation, playing concerts both inside and outside of Italy.

“Flor de Loto is what would have happened if Iron Maiden met Jethro Tull in the ruins of MachuPicchu”. They are Experimenting with this genres has led them, for more than 20 years of life,to produce 10 albums and perform successfully in countless concerts and festivals inside and outside Peru.The band presents an intense and fluid show, in which they actively interact with the audience.

Flor de Loto is a Progressive Hard Rock/Fusion band from Peru, who have impacted progressive rock on a global scale. Their long history begins in 2005 to today with a very good impact on a global level.

SOL RUIZ AND THE TRIBU
(CUBA/MIAMI) 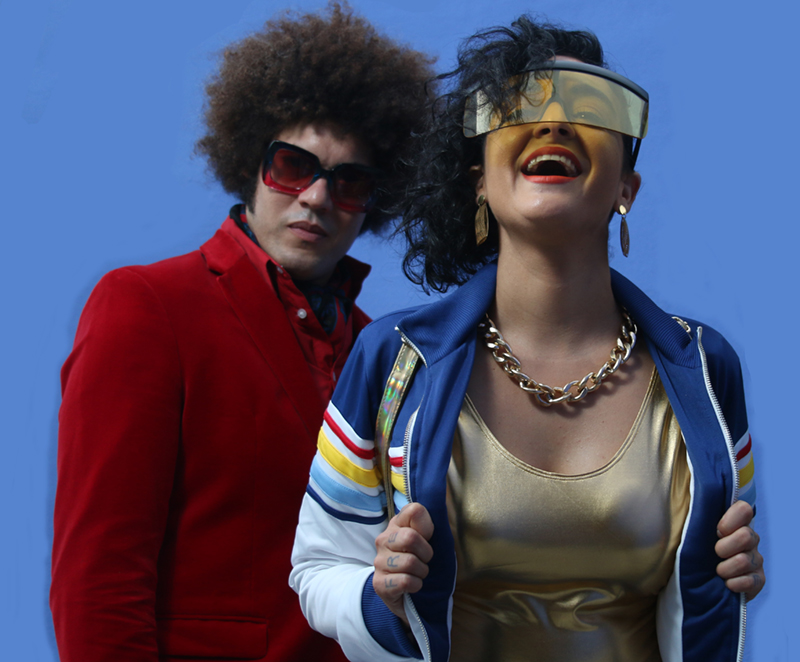 Janis Joplin reincarnated with a Latin, neo-soul twist. She can break into a riff, a piano melody, a vocal harmony, or kick ass with a kazoo. Sol Ruiz’s free bird lifestyle has made her a staple in the Miami music scene.

She’s helped put the “tropical bohemia” on the map for budding indie artists and Latin hipsters alike, but what makes her unique is that she brings something for everyone. Her music changes from R&B/Latin hip-hop/soul, to a light, folk/bluesy sound. She has been extensively touring in Europe in the past years, now she’s back in Miami with her own project The Tribu.

Sol and The Tribu is a group of Cuban musicians that blends traditional Caribbean music and modern technology with a distinct Miami twist. With their storyline, the purpose is to preserve Caribbean cultural identity and Miami history through music and visual art that promotes its uniqueness. 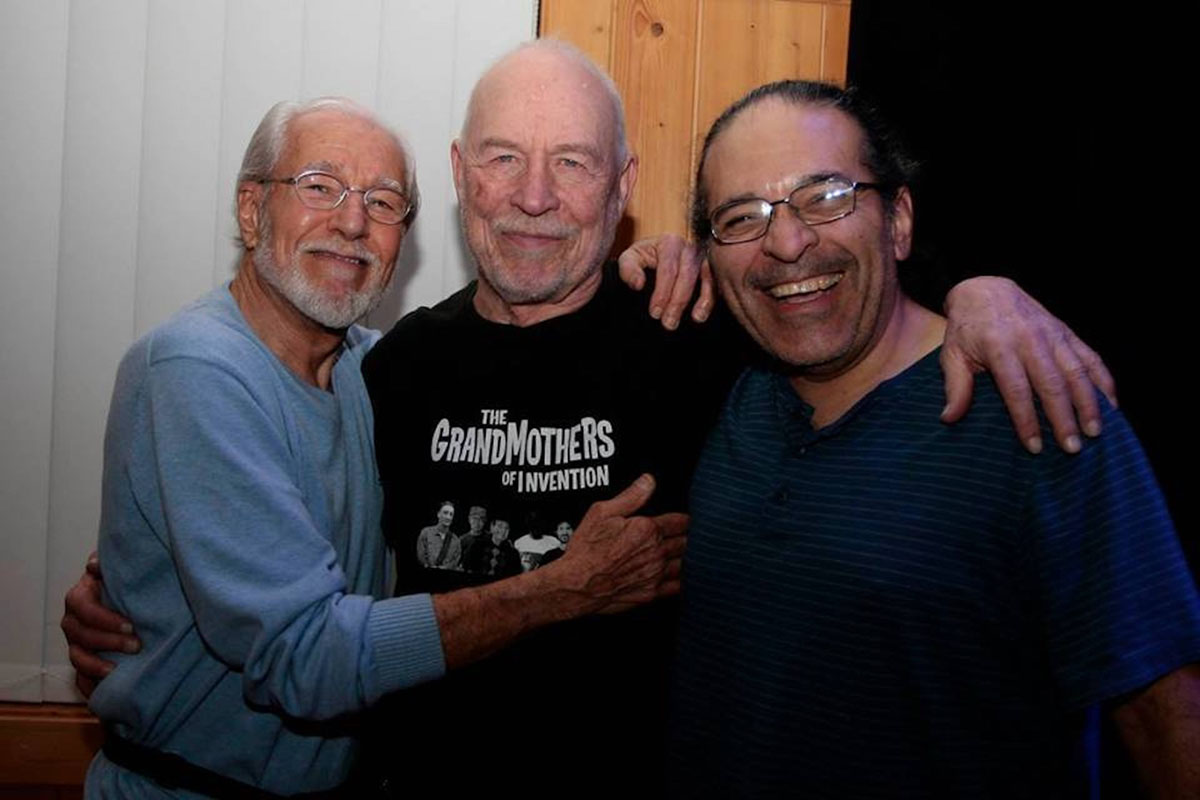 The only MOTHERS OF INVENTION ALUMNI consistently performing THE MUSIC OF FRANK ZAPPA since 2003.

BUNK GARDNER with the Mothers of Invention 1966-1969, plays tenor and soprano sax, flute. The Mothers found success with Absolutely Free and We’re Only in It for the Money entering the charts.

DON PRESTON with the MOTHERS OF INVENTION 1966-1974, plays piano, keyboard synthesizers, electronic wizardry. Together with talented drummer, percussionist and vocalist Christopher Garcia, since 2003 they present the best Zappa tribute ever. And they are (not) only in it for the money….