While often viewed in the shadow of another well-known New Jersey shore band, Southside Johnny Lyon is near royalty to New Jerseyans and has created a legacy of great soul influenced rock spanning 3 decades. 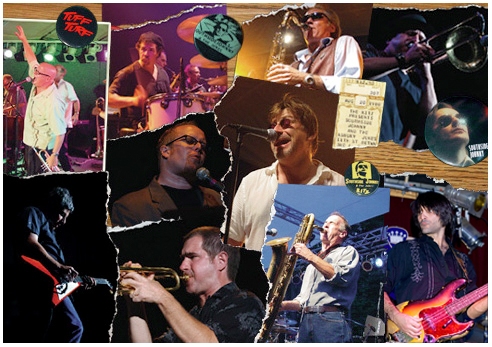 Johnny was born on December 4, 1948 in Neptune, NJ.  In the mid 70s, he teamed up with friend “Miami” Steve Van Zandt to form the Asbury Jukes, creating a talented group that included both killer rhythm and horn sections, and which has had countless members and musical partners during its long tenure.

E Street members Springsteen and Van Zandt provided the songs for the Asbury Jukes’ debut, I Don’t Wanna Go Home, in 1976.  It was the first of a series of modestly successful albums on Epic Records that helped introduce the world to the great blend of rock and roll and Southern-influenced soul that was the foundation for New Jersey rock.

While they rarely charted highly with their albums, Southside Johnny and the Asbury Jukes became known internationally as a great live band and had a special following among soul and blues fans, as the Jukes showed a clearer influence by and reverence for soul music (especially Memphis soul) than did the other Jersey bands.

The Jukes changed members and bounced among several labels in the 80s, regularly hitting the low end of the charts, before going permanently independent in the 90s for a series of live albums.  He continued to be prolific following the turn of the century, releasing the critically acclaimed Messin’ With The Blues in 2000, followed by the excellent Going to Jukesville in 2002 and Missing Pieces, a compilation of previously unreleased early 80s material, in 2004 (all on Leroy Records).

In late 2005. Southside Johnny and a reconstituted Asbury Jukes released Into the Harbour, containing a rousing cover of the Stones “Happy”, as well as the great rock cuts “Tear Stained Letter” and “Nothing But a Heartache”.  Into the Harbouris a fun celebration of soul and rock recalling the great rock ‘n soul blend of Southside Johnny’s best music.