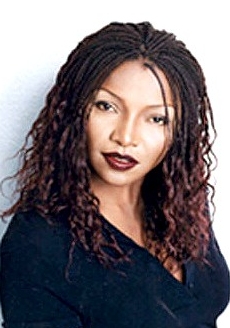 Her greatest songs, “Let The Music Play”, “Give Me Tonight”, and “Do You Wanna Get Away” are haunting, enduring, and made unforgettable by … that voice. There is something special there.

Born Brenda Shannon Greene in Washington, DC on May 12, 1958, she grew up in Brooklyn, New York, and studied both singing and dance as a child.

Shannon was attending York University and touring with the New York Jazz Ensemble when she laid down the vocals for the song that would soon be regarded as both a pop classic and one of the most influential dance records of all time, “Let The Music Play.” It subsequently made its way to number 2 on the US R&B charts and number 8 pop. The follow-up, “Give Me Tonight”, also reached the R&B Top 10. In the UK, she gained two further chart hits with “Give Me Tonight” and “Sweet Somebody” both reaching the Top 30 in 1984.

Shannon had one final pop chart single, “Do You Wanna Get Away”, in 1985, but continued to place on the R&B charts for another year, finally achieving a total of seven singles on that chart. Her debut album, Let The Music Play, also charted.

During the 90s, she continued to tour and also appeared in several off-Broadway productions. She returned to the studio in the late 90s as featured vocalist on hits by Todd Terry (“It’s Over Love”) and Sash! (“Move Mania”).

This multi-award winning Diva who sold more than 8 million copies of her very first album has been a staple recurrent artist on radio stations of all formats. “Let The Music Play” once again dominated the crossover/dance scene in the 90s, when Shannon was featured on VH-1, and gave birth to a new phrase in the music business jargon. the “Shannon Sound”, widely imitated, but never quite duplicated.

Shannon has received the very prestigious New York Music Award for best dance artist as well as the Hall Of Fame Award for the album and single “Let The Music Play”.

In 2000 Shannon released her fourth studio album, The Best Is Yet To Come, her first album in fifteen years. Chris Barbosa was invited back as a producer and updated her 1980s hits with a similar sound. Many notable producers, including Andy Panda and Tony Moran were featured on the new album. An updated “Give Me Tonight” from the set made the song a colossal club hit again when released as a single.

Working with contemporary producers such as John Poppo (N’ Sync, Backstreet Boys), Tony Moran (Gloria Estefan, Cover Girls, Mandy Moore) and Todd Terry (Cher, Moloko, Sk8), Shannon has crafted a new sound to stand beside the Classic Chris Barbosa standards “Let The Music Play” and “Give Me Tonight” which as been given a massive workover for Y2K by Hex Hector.

The Best Is Yet To Come is about the completion of a musical journey, a union of old and new and the promise of a new look back to the future. Shannon also released a Greatest Hits album in November of 2004.