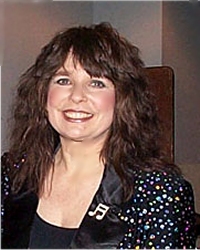 “Angel of the Morning”. The mere mention of this legendary record triggers a flood of memories for the millions who bought it, and inevitably evokes the name of the artist for whom it meant overnight success: Merrilee Rush. But for those devoted legions who have flocked to see Merrilee since 1962, her success was anything but overnight. Indeed it was proof positive that talent and dedication can reap a just reward and that good guys can finish first.

For Merrilee was then, and remains today, an astonishing tribute to true commitment to her career and to her fans. As countless groups and artists came and went, Merrilee endured. Literally millions who have seen Merrilee perform live stand witness to an unparalleled record of achievement. A number one single in seven countries. Sold out shows. Out of an entire generation of great Pacific Northwest acts, she was the only one to receive her industry’s highest honor – a Grammy Nomination for Female Vocalist of the Year.

But beyond the Gold records, her Hot 100 singles and albums, the string of successful TV appearances and all the notoriety accompanying them, there is Merrilee Alive: one-on-one, an explosion that has generated more than 20 years of packed houses and an army of fans who know that Merrilee Alive is what entertaining is all about.

Raised in the Pacific Northwest, Merilee’s background in music came from 10 years of classical piano when she was growing up. She was backing up friends at USO shows and talent shows playing classical music when she began to sing.

Merrilee now lives in the countryside near Seattle. She lives on the farm once owned by her grandfather and attends to her many interests. Merrilee continues to perform with her own band and with Seattle Women in Rhythm & Blues.

In 1989, Merrilee’s lifetime musical achievements were honored by the Northwest Area Musicians’ Association. NAMA bestowed upon her their highest award, induction into the prestigious NAMA Hall of Fame.

“Angel of the Morning” continues to be heard on soundtracks such as “Jerry Maguire”, “Girl Interrupted”, and Harvey Keitel’s “Fingers”.

Merrilee’s many gifts and talents continue to earn her great praise and high awards. But for those of us who love her and have been blessed by her talents, the highest place she’ll ever hold is the same place she’s held for so long – the place in our hearts.