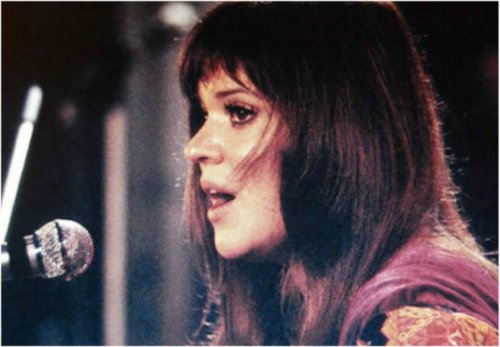 Melanie has had 13 top 40 hits, including the 3 number ones; Bobos Party, Lay Down (Candles In The Rain) and Brand New Key.

Melanie Safka was born and grew up in New York City.

Her 1969 song, “Bobo’s Party”, was a No. 1 hit in France. Her debut album received rave reviews from Billboard which heralded her voice as “… wise beyond her years. Later in 1969, Melanie had a hit in the Netherlands with “Beautiful People”.

She performed at the Summer of 1969’s Woodstock Festival. Woodstock fueled the inspiration for one of her signature songs, “Lay Down (Candles in the Rain) when the audience lit candles during her set. That song became a major hit in Australia, Canada, the UK and the USA in the spring and summer of 1970. “Lay Down” became Melanie’s first Top Ten hit in The USA, peaking at No. 6 on the Billboard chart. “Lay Down” sold more than one million copies in 1970 and prompted Billboard, Cashbox, Melody Maker, Record World, and Bravo to anoint Melanie as female vocalist of the year. Some later hits included “Peace Will Come (According To Plan)” and Ruby Tuesday (Rolling Stones cover).

Melanie was booked as the first solo pop/rock artist ever to appear at the Royal Albert Hall, Carnegie Hall, the Metropolitan Opera House, and later opened the New Metropolitan Opera House in New York, the Sydney Opera House, and in the General Assembly of the United Nations. In 1970 she attended The Isle of Wight festival and received four standing ovations, 40 years later she returned to perform again at The Isle of Wight.

In 1971, Melanie and her husband Peter Schekeryk formed their own label; Neighborhood Records. In 1972 Melanie had her biggest American hit on that label: “Brand New Key.” The song was a No. 1 hit and sold over 3 million copies. She set a record for being the first female performer to have three Top 40 hits concurrently; Brand New Key, The Nickel Song and Ring The Living Bell. Melanie was awarded Billboard’s #1 Top Female Vocalist for 1972.

She has been awarded 2 gold albums (and a gold single for “Brand New Key”).

In 1989, she won an Emmy Award for writing the lyrics to “The First Time I Loved Forever”, the Theme song for the TV series Beauty and the Beast.

Her husband Peter Schekeryk produced all of her albums. Their three children; Leilah, Jeordie and Beau-Jarred are also musicians. Beau-Jarred; accomplished composer and concert guitarist currently accompanies Melanie on tour and co-produced Melanie’s latest album with his father.