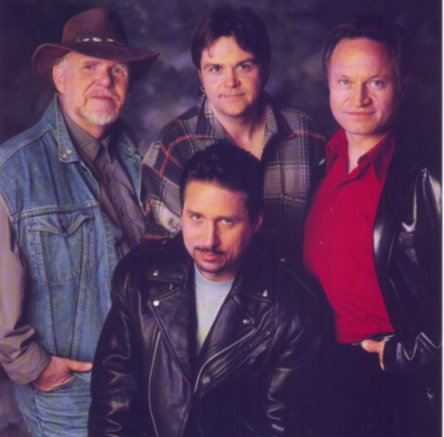 30 Years ago when BTO released their first LP in May 17, 1973 they had no idea that would enter them into the category of Classic Rock. To this day, their songs are classics that never stop being appreciated.

Some 20 millions LPs and CD later, BTO continues to entertain the world with their Classic Rock songs, with the vocals of C.F. Turner on “Gimme Your Money Please”, “Blue Collar”, “ Let It Ride” “Roll On Down The Highway, “Not Fragile”, ”Four Wheel Drive” and “Take It Like A Man”. The pop tunes, “Takin’ Care of Business”, “You Ain’t Seen Nothing Yet”and “Hey You” are always party favorites.

The CDs, “NOT FRAGILE” & “FOUR WHEEL” continue to be sought after classic.

C.F. Turner has one of the most recognized voices in Rock & Roll. With his strong, heavy, tough voice on BTO heavies like, “Sledgehammer” ( LP, Not Fragile ), “Flat Broke Love” ( LP, F our Wheel Drive ) “Woncha Take Me For a While and “Away From Home” ( LP, Head On ), and “House of The Rising Sun” ( LP, Trial by Fire ). C.F.’s haunting classic bass intro on BTO’s, rumbling “Not Fragile” always produces a crowd-pleasing roar.

Blair Thornton’s thick guitar chords and “Blairing” solos “Gimme Your Money Please”, “Free Wheelin’”, “Rock is My Life”, “Sledge Hammer”, “Blue Moanin’”, “You Ain’t Seen Nothing Yet”, “House of the Rising Sun” and “Four Wheel Drive” and signature guitar riffs in, “Roll on Down the Highway”, “You Ain’t Seen Nothing Yet” and “Take it Like a Man” give BTO their strong musical style.

Robin Bachman is one of Rock’s most energetic drummers. His familiar drum beats in, “Takin’ Care of Business”, “Let it Ride”, “Not Fragile”, “You Ain’t Seen Nothing Yet”, “Four Wheel Drive” & “Roll on Down The Highway” give BTO it’s soul, power and drives their beat and rhythm to a fevered pitch. Robin Bachman’s drum solo puts BTO fans in a worked-up frenzy never failing to bring BTO fans to their feet and BTO back for many well deserved encores.

Randy Murray fills in with his screaming guitar solos in, the classics, “Blue Collar” “Don’t Get Yourself in Trouble” and “Not Fragile.” Randy Murray’s vocals in, “Hey You” & “You Ain’t Seen Nothing Yet” always get the crowds singing along. Randy Murray’s movements during his performance express the musical excitement that BTO projects from the concert stage.

Today BTO tours Canada, the U.S. and Europe playing for loyal fans from the 70s to newer fans of the 80s, 90s and into the new century. With worldwide Classic Rock radio stations, TV commercials, TV programs, radio ads and movie soundtracks, even audience members younger then BTO’s LPs are familiar with their Classic Rock hits.