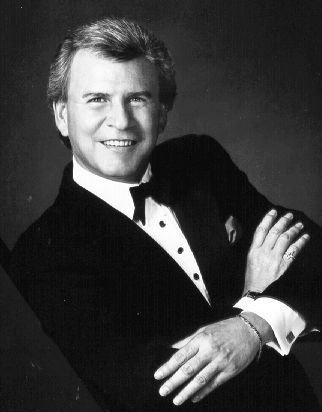 Bobby Rydell, was born Robert Ridarelli April 26, 1942 in Philadelphia, PA. In the 1950’s he captured the world’s attention and the hearts of every teeny bopper. One of the premier teen idols of the day, Bobby soon set himself apart in the early days of rock as more than just a pretty face. He was an accomplished musician and singer long before his first appearance on American Bandstand, where the world first saw that famous pompadour & warm smile.

Billboard lists Bobby Rydell as earning 34 Top 40 hits, including such greats tunes as “Swingin Time”, “Good Time Baby”, “I’ve Got Bonnie”, “I’ll Never Dance Again” and “The Cha Cha”. “Wildwood Days” made the Top Twenty. 1963s “Forget Him” almost made #1 and sold over a million copies.  Bobby is one of the Top 5 artists of his era.

His career has continued to span the decades as he continues to perform all over the world. The years have only improved his talents and have allowed him to develop & craft remarkable vocal skills, continuing to melt hearts & rock souls.

He continues to perform in a wildly successful act “The Golden Boys” which co-stars his old friends Frankie Avalon & Fabian. It’s a warm, funny, music-filled journey back in time (complete with videos) that hasn’t disappointed audiences for the past 12 years they’ve been performing this show!

Bobby’s solo act is very special ~ with family stories, comedy, & soulful music. He has an excellent command of phrasing that is apparent in songs like “When I Take My Sugar to Tea,” “Walking My Baby Back Home,” “Cry Me a River.” He possesses a formidable range that is the purest entertainment you’ll ever see. He does a tribute to fellow teen idol, Bobby Darin, with “Dream Lover,” “Splish Splash” & “Mack the Knife” and his mega-hit, “Volare”, is regularly a show stopper. There’s even a medley of songs from his classic motion picture, “Bye Bye Birdie.” Bobby serves up a mix of pure musical relaxation that is simply wonderful.

Bobby was honored by the City of Philadelphia, through the efforts of his Fan Club, when the 2400 Block of S. 11th Street in Philadelphia was named Bobby Rydell Boulevard.  The event was celebrated with a parade, a string band and Bobby arriving in a 1950 Pink Cadillac. The Mayor of Philadelphia attended along with thousands of people. A huge Block Party followed dedication ceremonies.

Bobby has also been inducted into Philadelphia’s prestigious “Walk of Fame” where he was one of the first 10 inductees to have a star on Broad Street.