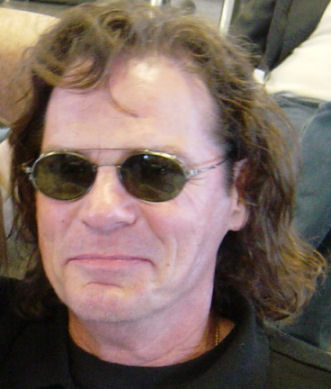 BJ had mega-big secular hits in the 60’s and 70’s such as “Hooked on a Feeling” and “Raindrops Keep Falling on my Head” before becoming a Christian. There aren’t many areas of popular music B.J. Thomas hasn’t impacted.

Since the mid-1960’s, when he became one of the most successful artists on the American musical landscape, he has recorded an incredible string of successes in several genres – 15 Top 40 pop hits, 10 Top 40 Country hits, five Grammys, two Dove awards, two platinum and 11 gold records, and chart-toppers on the pop, country, gospel and adult contemporary charts.

Along the way, his has become one of the most recognized and respected voices of his generation. Almost 50 million records after his initial successes, B.J.’s versatility is still as much of his approach as his wonderfully expressive voice. In fact, B.J. Thomas has always chosen to present positive, uplifting material, no matter what genre he’s been working in.

By ’68, he’d had four gold records – “The Eyes Of A New York Woman,” “Hooked On A Feeling” and “It’s Only Love” being the other three – and label-mate Dionne Warwick, who’d been working with the Burt Bacharach/Hal David songwriting team, recommended him for “Raindrops Keep Falling On My Head,” which was written for the motion picture Butch Cassidy & The Sundance Kid.

“I was in the right place at the right time,” B.J. says, “and probably got their best song ever.” “Raindrops” was Bacharach/David’s first million-seller; it won an Academy Award and B.J. sang the song on the 1970 Academy Awards telecast. B.J. would go on during the early ’70’s to record hits like “I Just Can’t Help Believin’,” “No Love At All” and “Rock And Roll Lullaby” scoring a dozen gold records. Throughout the period, he sold tens of millions of records and appeared regularly on TV programs like the Ed Sullivan Show and in top nightclubs and concert halls.

In 1976, he released the first of several gospel albums, “Home Where I Belong,” which went platinum, making him the biggest contemporary Christian artist of the period. Over the next several years, he received a couple of Dove awards.

He’s had 10 Top 40 hits on the country charts with hits like “What Ever Happened To Old Fashioned Love” and “New Looks From An Old Lover”. His country success led him to become, on his 39th birthday, the 60th member of the Grand Ole Opry.