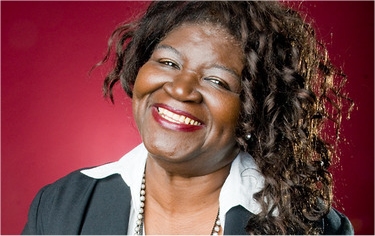 Alice Tan Ridley was born in Georgia into a musical family of 9 siblings, most of them artists. She has been captivating audiences since she was 3 years old. After moving to New York in 1971, raising a family and teaching handicapped children in the NYC school system, Alice resumed her singing career full time in 1992 beginning with a tour of Morocco, when she was invited by the Moroccan ambassador to the U.S to sing touring the country. She has also performed in Argentina, Germany, Uruguay, and The Netherlands and throughout the USA. Since 1992 Alice has been performing in the Subway in New York: 14th Street Union Square, 34th Street Herald Square and, the famous 42nd Street Times Square, covering many songs as “I Will Always Love You”, “I Will Survive”, “Billy Jean”, “My Heart Will Go On”, and other hits.

Her legendary subway performances of stopping people dead in their tracks and rocking the station resulted in a flurry of You Tube videos, now reaching over 3 million hits. When Alice starts singing you can’t miss the huge crowd that surrounds her and fuels her with love and appreciation. She is known locally as the “New York City Subway Idol”. She sang “Amazing Grace” in the film about LA street dancers film “Rize” and performed a soul stirring rendition of “America the Beautiful’ in the film “Heights”. She won an Emmy in 2007, for her part in the documentary “Military Families.”

At the age of 58, she decided to take a leap of faith and audition for the show “America’s Got Talent.” Ridley’s raw power and charm immediately resonated with both the judges and the audience, she was sent to Hollywood to compete in the finals. While she did not make it all the way to the end, she won the hearts of America and has built an unbelievable fan base. Like Etta James, Diana Ross and Tina Turner, she is a long lasting Goddess of Soul, with enough personality, talent and a touch of funk to prove to be an unforgettable performer.